Do you know how I know my husband loves me? Well hopefully more reasons than I’m going to list today, but I’m a sucker for the little things so let’s focus on that today.

Disclaimer: The following interpretation is based on more than 6 years of close observation of a significant other who is the type A+ to my type A-.

It’s not often that I get a chance to meet Matt at the gym on a workday. He prefers to go earlier in the afternoon and my work schedule limits me to short evening runs around the neighborhood and weekend mornings for maneuvering meat heads at the gym. Occasionally, our schedules overlap and I have a chance to workout at the same time. And by that I simply mean we enter the facility together and leave together with occasional winks and head nods in between. But on the rare occasion I have a chance to invade his gym time, you can almost guarantee I have not prepared a bag to make the transition. That’s where a quick text list of essentials and a thoughtful husband comes in. But not just any husband. One that will make absolutely sure you have everything you could possibly need, whether you are walking into spin class or the Tour de France. 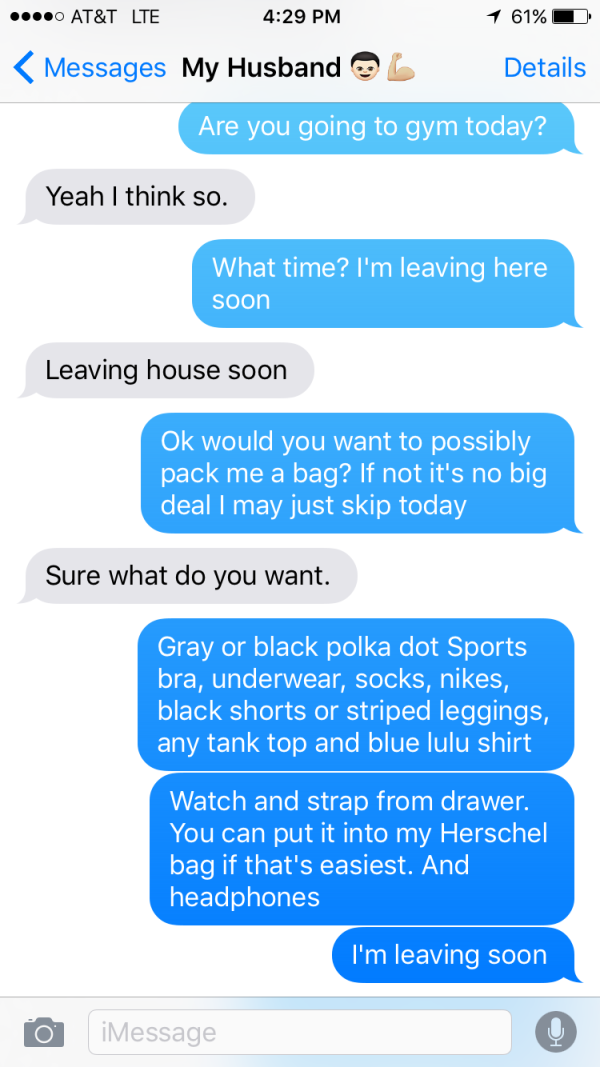 Simple enough right? Not for the well-prepared man. Because this man I married will take no chance that I will not have enough supplies in that bag to make it through a light workout, or climb Mt. Kilimanjaro.

Feeling far more prepared than If I had packed my own gym bag especially in the perspiration area, I walk out of the locker room with a smile on my face and spot Matt doing some crazy exercise across the gym wearing the male version of my exact outfit. Mind you, the outfit he just chose less than an hour earlier.

I give him a head nod. He shakes his head.

Later, I bring up the twinning scenario (one we are all too familiar with) and learn he picked out his outfit even after packing my bag. I giggle and mentally check a point in my head for times my type A+ guy pulled a type A- Sarah move.

(NOTE: photos is from a previous matching gym trip)

It’s not often that I use the blog as a platform for love and mushiness but with our big announcement last week, I figured this was as good a time as any.

5 years ago today I went on a date with my best friend’s brother’s best friend from college. We watched the Illini get their butts kicked (shocker, I know) and drank beer on empty stomachs because neither of us were willing to admit we were starving. I called my sister afterwards and offered every lame excuse in the book as to why this probably wouldn’t amount to anything:

I don’t know he’s not that tall.

He lives in the suburbs.

He seems a little shy.

Yes. Believe it or not, I tried to justify being too muscular as a reason that this relationship would not work out.

This is probably one of the few times in my life where I will willingly admit the following:

He stands taller than all 5’7″ of me, even in four-inch heels.

He drove back and forth from the suburbs for nearly 5 years so that we could spend time together in the city.

He may be an introvert to the masses, but he’s quite the talker if you get him around his family, friends or anything sports-related.

And yes. He is very muscular.

He’s the calm to my storm, the focus to my inspiration and the decision to my waver. 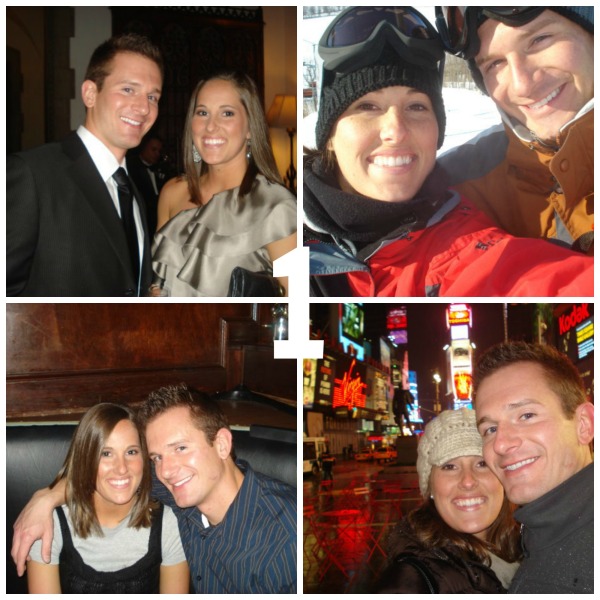 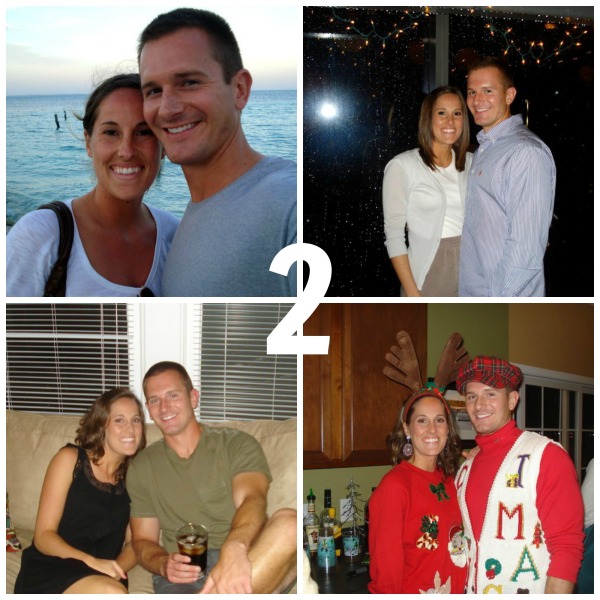 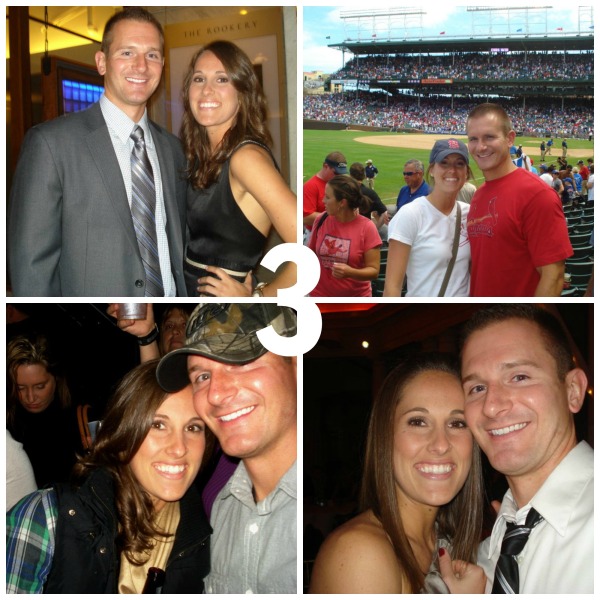 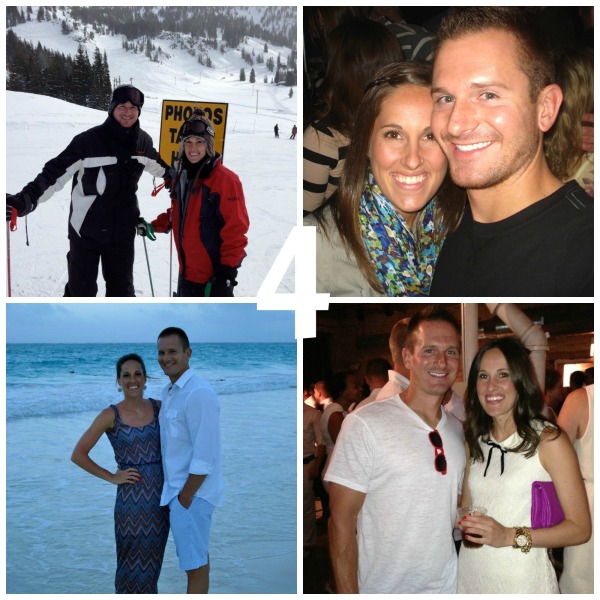 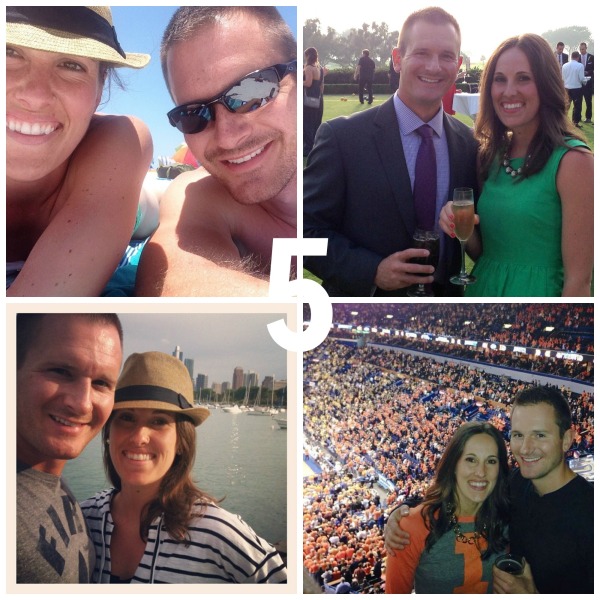 5 years down, a lifetime to go. 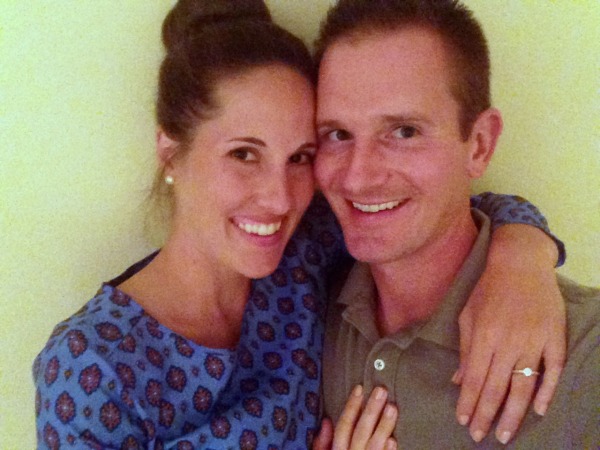