It’s day 2 in Venice and by now you’ve established that a day well spent begins with a cappuccino and a chocolate croissant. 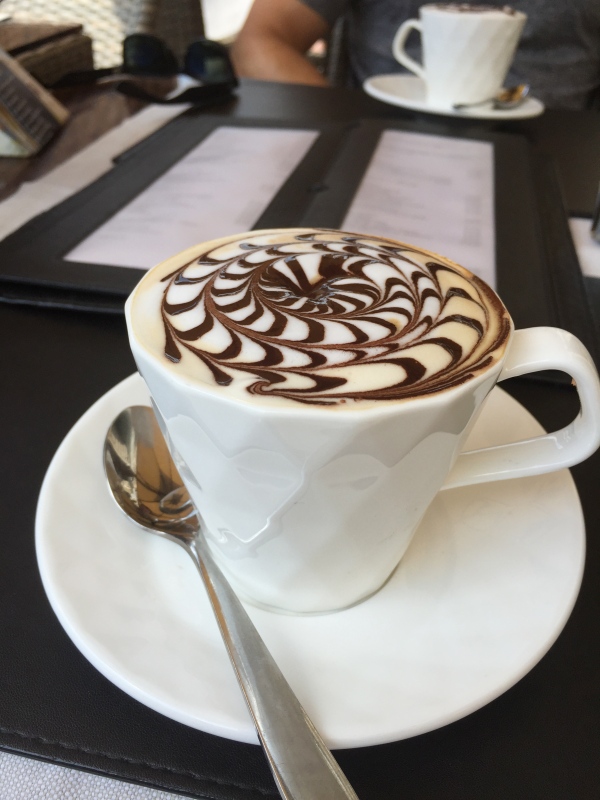 To give you a little history on Venice. Years ago, ok centuries, the Venetians decided that a big old swamp with a few islands looked suitable for establishment of a city. So the barbarians may have had something to do with it, but after surviving a few plagues and purchasing a lot of flood insurance, Venice became one of the most beautiful, and rapidly sinking, cities in the world. 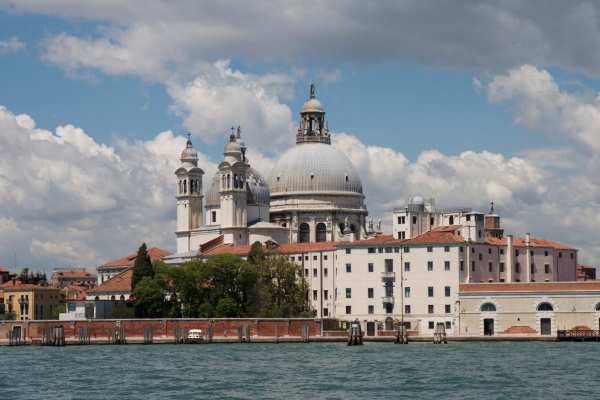 After breakfast, you hop on a water taxi, or vaparetto, and take a ride out and around the island to San Marco, or St. Mark’s Square. Today, you’re sort of reversing your steps from the airport yesterday, every tiny little step you lugged that brand new but fully-loaded luggage over to get to the hotel.

You determine the ferries are very similar to the CTA and minus the language barrier, feel fairly confident navigating them with little to no conversational Italian speaking skills yet established.

You arrive at San Marco and suddenly realize your hotel is in a much quieter part of town. 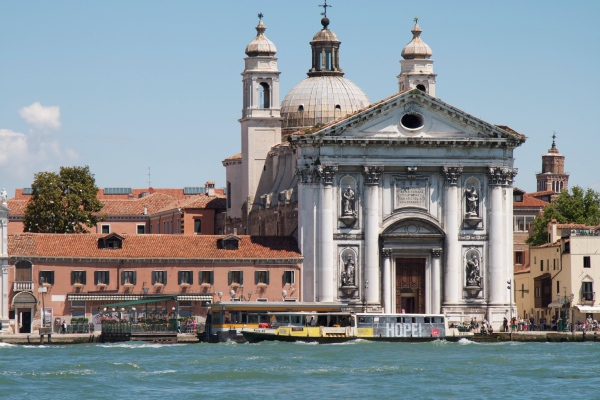 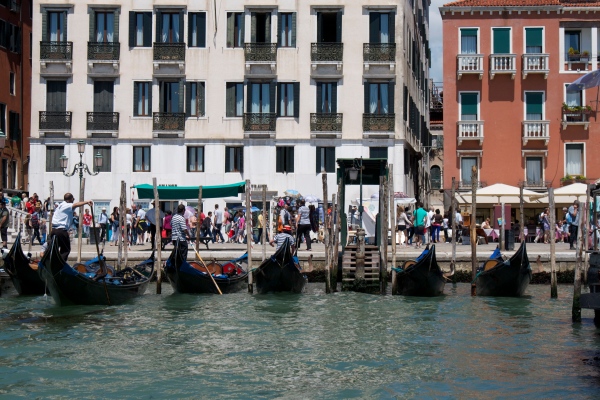 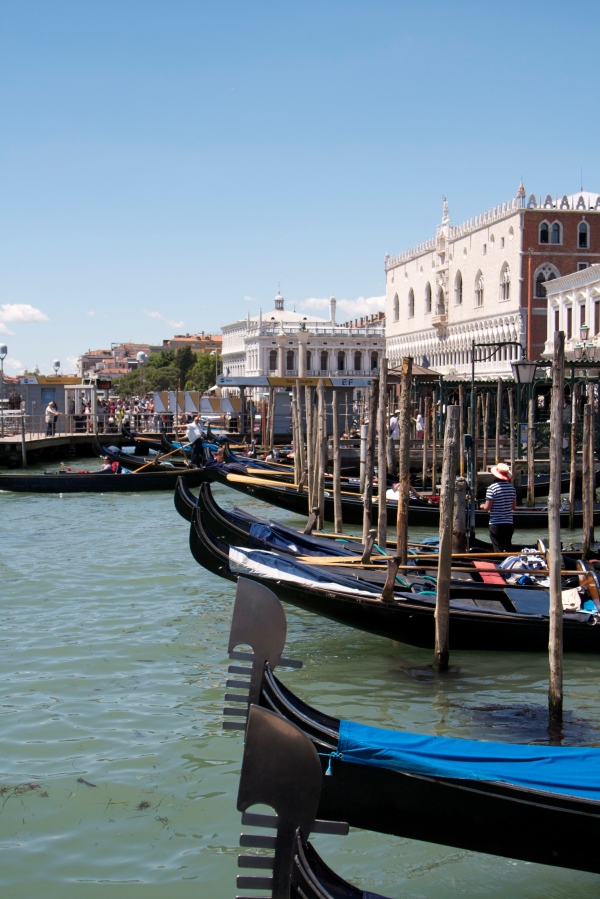 It’s a good thing you take way too many photos of gondolas, gondoliers and gondola riders, because you will save yourself 100 Euro when you run out of time to take a ride later that afternoon.

The basilica at San Marco is a must so you climb a steep and narrow staircase to the museum on the upper level where for a small fee they allow you to go out on the marble-tiled roof for a great view of the square. Your legs will tingle the whole time as your new husband leans and stretches himself way too close to the edge.  You make a mental note to adjust your life insurance policy when you return to the states. 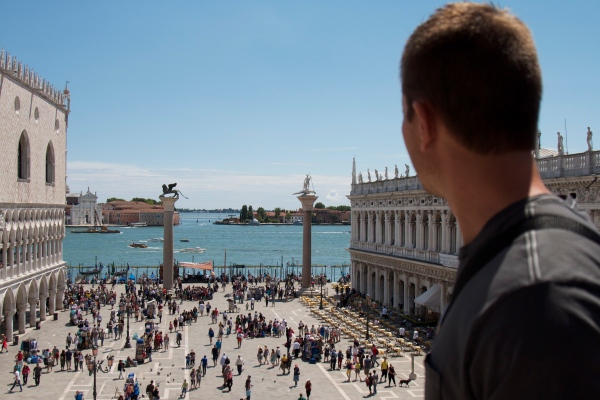 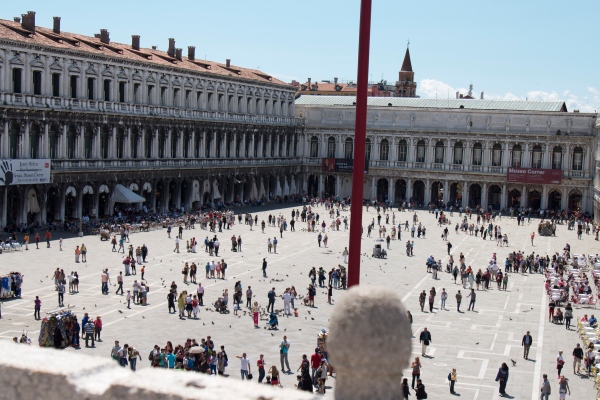 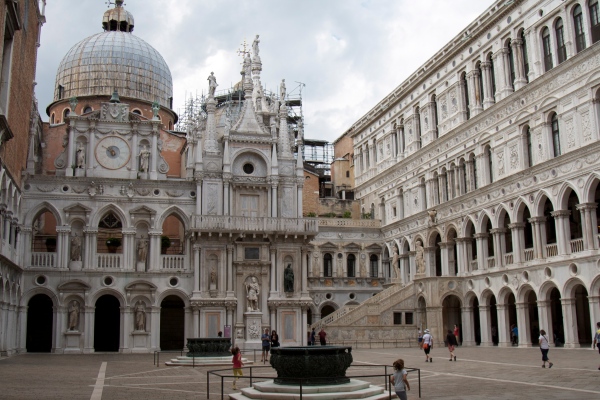 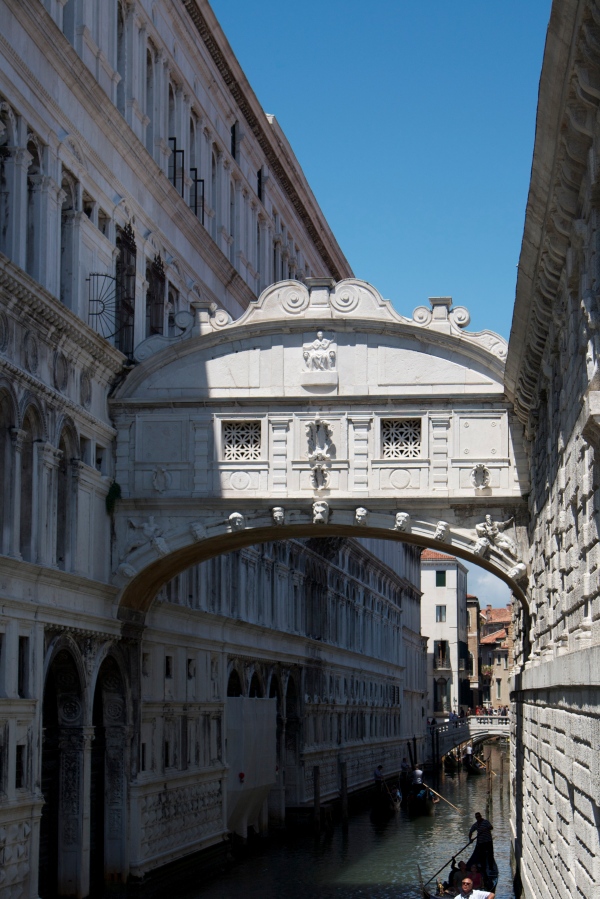 View between the Doge palace (Palazzo Ducale) and prison, along the Bridge of Sighs.

Grand Council Chamber in Doge Palace, said to be the largest room in Europe.

By now you’re starving so you wander the winding streets surrounding San Marco until you settle on a trattoria, or rather, you get tired of getting heckled to try said trattorias so you choose the one where they seem to need you the least.

You wrap up your trip in Venice with dinner at another local spot and a quick stop for gelato. Your next few days would determine that the best evenings are ended with gelato and the best food in Italy is not in Venice.